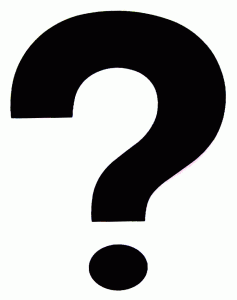 Question 1: “Ionized water” is nothing more than sales fiction; the term is meaningless to chemists.

Ionized water is a term that is used for the lay public and health enthusiasts to describe the splitting of water through electrolysis into an acidic and a basic stream. Chemists have all sorts of terms that are meaningless to the general public. When using terms, the writer or speaker needs to be cognizant of his audience’s background and use the appropriate vocabulary.

Question 2: Most water that is fit for drinking is too unconductive to undergo significant electrolysis.

This isn’t true based on what we can measure. We can use pH colorants or pH/ORP meters to show the acid and alkaline changes in the streams, all starting with “clean” municipal chlorinated drinking water. You can stick with your theories and we’ll stick with observable, reproducible facts!

Question 3: Pure water can never be alkaline or acidic, nor can it be made so by electrolysis.

The above statement is true and that’s one reason why you can’t make Electrolysis Reduced Water (ERW) with distilled water or Reverse Osmosis (RO) water. As you are possibly aware, municipal drinking water and well water both have ionic minerals in them, and are therefore, not pure in the strictest sense.
Question 4: Groundwaters containing metal ions such as calcium and magnesium can be rendered slightly alkaline by electrolysis, but after it hits the highly acidic gastric fluid in the stomach, its alkalinity is gone.

Your lack of knowledge of anatomy and physiology is showing! The stomach is not a bladder, in other words, it doesn’t sit around full of fluid (acid and enzymes) waiting for something to be eaten, chewed and dropped into that “hot vat of acid”. Instead, when we eat something, it is dropped into the cardiac (upper) portion of the stomach where there is little or no acid. As the stretch receptors of the stomach are activated, acid forms in the lower (pyloric) region and the food is dropped into this acid for oxidation and digestion.

We specifically recommend drinking the ERW water up to a half hour before a meal and two or more hours after a meal to keep it away from acid. There is nothing to digest in any water so no acid is produced. Most diets suggest drinking a glass of water when you are hungry since we often mistake hunger for thirst. If water turned on the production of stomach acid, using this technique would create more hunger and, possibly acid indigestion.

Question 5: The idea that one must consume alkaline water to neutralize the effects of acidic foods is ridiculous; we get rid of excess acid by exhaling carbon dioxide.

Once again, you show a basic misunderstanding of how the body works. If you insist on being ignorant, better to keep it to yourself than to put it on display for literally the whole world to see. The lungs breathing out of carbon dioxide that is released by the cells in the capillary network of the body only prevents respiratory acidosis. The kidneys are also very involved in buffering the acids we eat through many techniques which include expelling acid minerals like phosphorus, sulfur and chloride (which make phosphoric, sulfuric and hydrochloric acids). From the other side, it works with bicarbonate and other substances to restore acid/alkaline balance. This buffering system isn’t magic, it requires calcium from our diet and from our bones. Calcium removal from the bones and payback to the bones is governed by acidity and two hormones parathormone and calcitonin. With too much acid consumption and buildup, the bones can’t be paid back in full because we’d become too acid with the calcium depleted from the bloodstream. If this goes on long enough, osteoporosis or osteopenia ensues.

Let me illustrate why ERW water and alkaline ash foods can make a difference. The alkaline minerals are a large part of the fuel of the buffering system. A non acid base example makes the point. Let’s say you bought a water softener because you had hard water that left scale and made your soaps and detergents work less effectively. You have the water softener installed and they put the salt (sodium chloride) in the system that switches out the calcium and magnesium in the water for sodium. They tell you how to replace it as needed. You pretend to listen, but decide that replacing the salt isn’t important so you just keep using the water and let the system “take care of itself”. Eventually the system will fail because the salt is the “fuel” for this type of system. Similarly, most people that die, die of acidosis, not alkalosis, regardless of the disease, alkalosis is very rare unless a doctor is tinkering with a very sick patient’s blood with bicarbonate and they give too large a dose. If the system is so evenly balanced why don’t an equal number of patients die overly alkaline as overly acid? Life starts alkaline and ends acid. That’s why keeping your body fluids toward the alkaline end of the normal range is a good idea.

Question 6: The claims about the health benefits of drinking alkaline water are not supported by credible scientific evidence.

Are you kidding me? There is plenty of research on alkaline water from Japan where it got its start. In fact, since its introduction in the 1960s, 20% of Japanese households have these devices. 12.5% of Korean households have these devices. In both countries, these devices are governed by their version of the FDA. You know as well as I do that our research is driven by large corporations. Cereal companies are concerned about eggs as competition for our morning meal dollars so they sponsor a study with powdered eggs that shows that eggs raise cholesterol (Why powdered eggs? Because they were the only ones shown to raise cholesterol levels). Remember how big pharma tried to convince us that their American made drugs become dangerous if they cross the border into Canada and are resold to US citizens? Do you think they would want to promote a product that is a one time purchase with such wide reaching effects on health that less of their drugs would be sold. Would they want to fund American studies? More likely they’d spend millions to block such an effort.

When the herb stevia took over a large part of the Japanese sweetener market and tried to come to the United States, something unprecedented, but not entirely surprising, took place. The aspartame lobby and the sugar lobby actually worked together to block it so the same thing that happened in Japan wouldn’t happen here. Now Coca-Cola® and Cargill have a patent on a stevia extract so that they make money when anyone uses this extract.

Don’t hold up our research system as a shining light. It is among the most corrupt in the world, being primarily money driven. Was Vioxx® perfectly safe to use when if was approved by the FDA and only become dangerous when the truth was brought to light? No, as Merck knew, it was dangerous all along. What about Avandia® for diabetes? Always safe or always dangerous?

Question 7: There is nothing wrong with drinking slightly acidic waters such as rainwater. “Body pH” is a meaningless concept; different parts of the body (and even of individual cells) can have widely different pH values.

Body pH is a meaningless concept, that’s why no one is discussing body pH, but moving most body fluids, except stomach acid, to the alkaline side of its normal range. When you say different parts of the body and even individual cells can have different pHs, you make a point about localized acidosis, a condition that wouldn’t even be picked up by hospital blood gas units, let alone anything found in a doctor’s office. This localized acidic condition can damage tissues, as evidenced by the findings of Dr. Otto Warburg who won the 1932 Nobel prize for his discovery that cancer was found whenever there was a lack of oxygen (later correlated to an acidic environment that can’t carry as much oxygen). There is plenty wrong with drinking acidic water like most bottled water, distilled water and RO water. They add to the acid burden in the body and are always oxidizing (rusting of nails and your body) instead of antioxidizing (reducing) like ERW and an alkaline leaning diet.

Question 8: If you really want to de-acidify your stomach (at the possible cost of interfering with protein digestion), why spend hundreds of dollars for an electrolysis device when you can take calcium-magnesium pills, Alka-Seltzer or Milk of Magnesia?

We don’t want to de-acidify people’s stomachs, that’s why the water is taken away from food. You bring up a good point though. It’s your big pharma friends with all the “research” that hawk proton pump inhibitors, acid blockers and antacids to people with too little stomach acid, turning down or off stomach digestion. With too little stomach acid or enzymes, the food just sits in the stomach until it ferments, creating the gas ball that drives the acids from fermentation up into the esophagus. That’s why people with strong stomach acid and enzymes digest their food so rapidly that it doesn’t have time to ferment and cause heartburn.