The Downside of Reverse Osmosis and Water Softeners 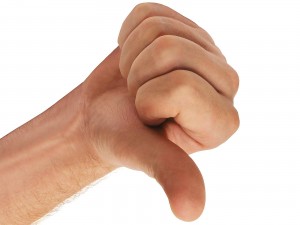 What you first have to ask yourself is, “what is your main concern with the water coming into your home”? For some people they want to filter out the chemicals and other contaminants contained in the municipal supply or coming from their wells. For others, it’s all about how the water makes their skin feel when they bath or shower. And still another group wants to see the glasses and dishes look clean without any spots from minerals.

It still amazes me how many people are completely satisfied that they shower in chlorine and ammonia every day. They ignore the fact that the skin is our largest organ and absorbs small particles into the body through the pores. Yet it’s important to them that their glasses don’t have spots! I agree that drinking from clear glasses is a nicety but if I had to decide between the two I would have some spots on my silverware.

One misnomer is that hard water (water with a high mineral count) causes dry skin. It’s not the minerals that cause dry skin it’s the chlorine, ammonia, chlorines and other chemicals used to kill bacteria in the water by municipal treatment plants.

There have been two main types of systems installed in hundreds of thousands of homes in the last two decades, Reverse Osmosis and Water Softening Systems, to tackle the issues mentioned above. Unfortunately, both have their flaws and don’t do a complete job.

Reverse Osmosis (RO) systems can be installed for the whole home but such an application is radically expensive so most people opt for an under the sink variety to deal with only the water flowing from the kitchen tap. This solution leaves them still bathing in contaminated water. But worse RO systems filter every particle out of the water over a certain size. This means they filter out the healthiest parts of water which are the minerals such as calcium and magnesium. These minerals are important for our bones, our teeth and our blood. When we don’t get enough of these minerals from our diets (food and water) our bodies will leech these minerals from bones and organs to make sure the blood is healthy. This can cause osteoporosis and other problems. Some manufacturers and installers are using mineral injection filters to put the minerals back in the water after the RO to offset this problem.

However, another issue with RO systems is that they waste a lot of water. It is estimated that the homeowner will lose 3 gallons of water for every one gallon of filtered water. This water runs directly out to the sewer or septic tank. This, of course, is a budgetary concern but also a big environmental concern especially in places like Arizona and California. A lesser concern is that the membrane through which the water flows must be changed out periodically.
So let’s review RO systems. They are effective in filtering out most contaminants and chemicals, but also filtering out healthy minerals. They waste 75% of the water coming into the RO tank and are, in most cases, too expensive to be used for the entire home leaving residents bathing in contaminated water.

Water softening systems present a whole host of other issues. Water softening systems, in and of themselves, do not filter out anything. So every contaminant and chemical that is present in the source water will remain so. They are generally installed as a whole home application but can be a component installed on just the hot side just before the hot water heater. What occurs with a water softener is that the water coming into the home is diverted into a tank filled with either salt or potassium. When the water runs across these media the minerals in the water are exchanged for sodium chloride or potassium chloride. Taking out the minerals ‘softens’ the water.

People experience that they need to use less detergents and soaps to gain lather, and that the spots are now gone from their dishes and glassware. Some people like the feeling after showering or bathing but others claim they feel slimy and it seems that they can’t wash off the soap. Typically showers and faucets stay cleaner and have less calcium and lime scale build up. What also occurs though is that the water doesn’t taste very good. Also, because it contains high levels of sodium it isn’t good for people with even marginal blood pressure issues. So typically people have to either buy bottled water to drink or install an RO system to take out the sodium or potassium chloride. Installing an RO with a water softener will alleviate the taste problem and filter out the contaminants and chemicals for drinking water, but it does nothing to change the fact that residents will still be bathing and showering in chlorine, chloramines and ammonia as well as other harmful elements.

Recently environmentalists and municipalities have found common ground in their opposition to water softening systems. Environmentalists disapprove of the salt being dumped into the water supply because it causes problems with irrigation and ground water. The high level of sodium in the water isn’t good for farming purposes. Municipalities are passing ordinances to ban water softening systems (25 cities in California and more on the way) because it is difficult to filter out the salt and it causes pipes to deteriorate at a much faster pace.

Let’s review water softening systems. They don’t filter anything out of the water unless they are accompanied by an RO system. Residents still are bathing in contaminated water. They can cause damage to pipes in the home and the municipal water treatment plants. Environmentalists and cities have serious concerns about these systems and some cities are banning their use. And another issue is that the homeowner has to replace the salt regularly which is a burden and a budgetary concern.

So now that we have discussed the drawbacks to two of the most popular systems homeowners have been installing for the last 20 years, let’s focus on the alternatives. The best alternative is a whole home water filtration system that filters out all the contaminants and chemicals without taking out the minerals. We actually want the minerals in our water for our health. Some of these systems come with various stages of filtration to take out chlorine, chloramines, ammonia, pesticides, heavy metals and other chemicals.

A less expensive approach is to install small filters under the sink to take out the contaminants mentioned above for drinking water. Then install shower filters in each of the bathrooms so residents can shower chlorine and chloramines free.

Of course, to optimize any system and increase the health benefits for one’s family, purchase and install a water ionizer to get alkaline ionized, acidic and filtered water.