Is The Cause of Asthma Dehydration? 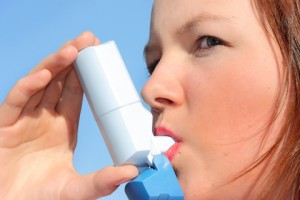 Asthma is a histamine response due to dehydration. In my article Water An Antihistamine, I explain how histamine regulates the body’s water supply. When the body is short of water, histamine will control where the water is directed based on priority.

Asthma, it was once thought, was brought on by stress, especially in children. Studies have shown that an estimated 75 percent of the population has some degree of dehydration, significant enough to affect their health. Along with dehydration, the majority of people’s body state is acidic due to our typical North American diet. Children love junk food which is very dehydrating and acidifying to the body which will explain why there are over 12 million child asthma sufferers in North America. There are many millions of adult sufferers as well.

Now we know that asthmatics have excessive levels of histamines in their lung tissues. If you breathe through your mouth long enough your mouth gets dry. Water is an integral part of keeping the lungs moist and functioning properly. Every time you breathe out, you lose water. When enough water is lost through the lungs, histamine kicks in to constrict the bronchial passages and increase mucus production to conserve whatever water is there. The mucus covers the tissues to prevent them from drying out. Once a diagnosis of asthma has occurred the person has been chronically dehydrated for some time. The constriction of the bronchial tubes occurs because there is not enough water to keep the cells hydrated and the nerves and blood vessels in the tissues are stressed and inflamed due to the histamine response.

If you are properly hydrated, the moisture in the lungs is rapidly replaced so histamine is not required to conserve and delegate water. By drinking enough water, particularly  Cerra alkaline, ionized water, the inflammation in the lung tissue is relieved much sooner than drinking bottled water, tap water or reverse osmosis water. Water that is magnetized does not have a high enough pH to effectively address the acidic body terrain that is endemic in the population. Water that is microclustered is the most effective in hydrating the body. People seem to experience that the “water is wetter”, which seems like a silly statement, but the surface tension is significantly different. The alkalinity helps reduce the acid terrain and restore cellular balance.

Tests in animals show that an increase in water intake will reduce histamine levels significantly. Studies show that within a 2 to 3 week period enough water is present to reduce mucus buildup in the bronchi and lungs. Once this starts to occur, the spasms reduce and the bronchial passages begin to open. Normal breathing begins again as the body continues to be hydrated. In my clinic, I am seeing the same results with clients, their asthmatic symptoms are no longer there, now that they are hydrated properly. One client decided that his asthma was gone so he stopped drinking Cerra  alkaline, ionized water. He started to drink tap water again. Within 3 weeks, he was starting to see symptoms again. Wisely, he started drinking his Cerra water again and he is now symptom free.