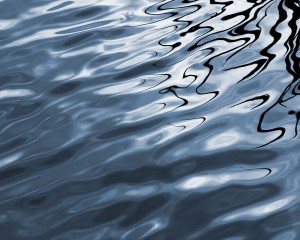 ABC News reports that the US Environmental Protection has come under scrutiny from the American Congress for the state of US drinking water. Congress wants to know why the Safe Drinking Water Act has not been enforced to the point that tap water in many areas of the country is dangerous to drink.

The Safe Drinking Water Act was enacted in 1974 but many aspects of the act snarl enforcement in red tape. For example the Act does not authorize the EPA to monitor drinking water in schools directly. Instead the EPA depends on the water providers for the schools to ensure that the water is safe to drink, in addition to relying on the state monitoring systems to check up on the water providers and prosecute violations.

A recent New York Times report states that 49 million Americans are exposed to unsafe drinking water, some dangerously so, containing such illegal chemicals as arsenic, pharmaceuticals and radioactive uranium. The report also states that only 6 percent of violations were followed up with and cleanup enforced since 2002. Meanwhile the US water quality is deteriorating rapidly in some areas.

Jeffrey K. Griffiths MD, is a public health and disease physician and specialist at Tufts University School of Medicine in Boston. He states that everyone knows that it is bad to have poop in the water, yet in many areas flooding causes mixing of water and sewage, exposing pregnant women, children and babies to dangerous levels of contaminants at critical development stages in their lives. This should not be happening.

Sen. Frank Lautenberg, D-N.J., added that a recent report shows that there are over 140 chemicals currently in the drinking water that the EPA doesn’t regulate and the alarming fact that some of them are in such high concentrations that they can be lit aflame is inexcusable. He states that in some parts of the country, the water is contaminated with chemicals such as gasoline, pesticides, fertilizers, and even rocket fuel. Chemicals, including gasoline, additive pesticides, even rocket fuel [contaminate the water supply]. And it doesn’t take a rocket scientist to figure out that you shouldn’t be drinking rocket fuel.”

It brings home the personal responsibility of everyone to safeguard their own health. In some areas of the country, the responsibility rests on the average citizen to see that they and their family drink clean healthy water. At best, bottled water is very acidic and in some areas of the country is also contaminated. After all, it is just filtered tap water. Clean water is essential to life. See to it that you and your family are not exposed to the unnecessary risk of dirty water.