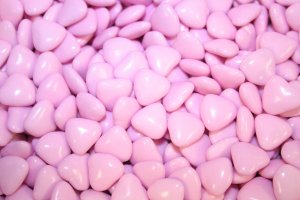 Diabetes is endemic in North America and in countries that start eating our Western Diet. What happened? Our ancestors didn’t become diabetic. It was a rare disease back then. It seems to have crept up on us all until we were snared in it and now there seems to be no way out….but maybe not!
The evidence suggests that we have slipped away from the diet that was farm based and full of fresh, organic produce and meats. We live off store shelves full of convenience foods and then we rush through the drive-thru to get the kids to soccer practice. Rush here, rush there. We are stressed, acidic, dehydrated and exhausted.
yesterday. It started when you graduated from kindergarten, especially after you discovered McWhatever. Gallons of pop and well salted fries later and you started on the road to acidosis and dehydration. Add to the all night parties during and after high school and you had more acidic by-products that your body still can’t get rid of because of your dehydration. Hmmm. Is there a pattern emerging here? Most kids think eggs come from an egg carton and they don’t eat green stuff because it doesn’t taste like McFries or McFlurries. They don’t eat veggies because their parents don’t like them either. We’re teaching our kids to be diabetic because we don’t teach them to drink water and to make healthy food choices.

The pancreas is where insulin is made. If you have problems with your insulin production and regulation, you are deemed to be diabetic. Believe it or not the pancreas has two functions. The first is to regulate the balance of the different water systems in the body –blood, lymph, kidneys, digestive system and of course the cells. Our bodies should be about 70 percent water. Each cell has a water volume that is regulated by the amount of potassium available to it. Insulin is very effective in regulating amino acid and potassium levels in the cells, in addition to pushing food/fuel into them through insulin-sensitive “gates” in the outer cell membrane. It is all dependent on adequate water levels in the body. Unfortunately, that doesn’t mean coffee, tea, sports drinks, carbonated anything, or even lattes. It means clean, non-chemical, alkaline, water, preferably ionized, highly oxygenated and mineralized.

The other role that the pancreas has is to gather approximately two quarts of water from within the body, mix it with bicarbonate that it manufactures, along with pancreatic enzymes and secrete it into the small intestine to neutralize the acids pouring from the stomach to begin the next phase in the digestive process.

If there is a water shortage within the body, the pancreatic juice may not be in sufficient amounts to neutralize all the acids that enter the intestines to continue the process of food digestion. At this point, something has to happen. The pancreas reduces insulin secretion which slows the entry of water and nutrients into the cells of the body that depend on insulin to feed. This enables more water to be available to the pancreas to produce its pancreatic juice. When the insulin-sensitive gates in the outer membrane cannot deliver water and nutrients to the cells, the gates wither and can die. This is the start of the degenerative processes associated with diabetes.. As the body become more dehydrated, it also becomes more acidic and needs to use more of the bicarbonate and minerals from your bones, organs and teeth to buffer the pH of the blood and the brain to keep you alive.

In diabetes, insulin stops pushing water into the cells because there isn’t enough to service all bodily functions. This happens in two ways. The first is where the pancreas just stops producing insulin. It has the ability but it stops because of a water shortage. This causes Type II Diabetes which is reversible.

Another way that the body deals with the water crisis is to damage the insulin producing cells within the pancreas. The nuclei of the Islets of Langerhans, the insulin producing cells are damaged beyond repair. This is Type I Diabetes. It is a type of “auto-immune” disease where the body attacks troublesome parts of itself rather than struggle with the lack of water.

Type II Diabetes can respond to a gradual increase in alkaline water consumption to at least two quarts daily along with some added ionic mineral salts. The body need both water and salt (not table salt) to function well.

Our ancestors drank river and stream water. It bubbled over the rocks gathering minerals and oxygen and the sun shone on it, filling it full of negative ions. Today, in remote areas of the world, long-lived pockets of society still drink this type of water today. They are healthy and strong well beyond most of the population. We can’t move to these remote places but we can drink similar healthy water. Science has created a machine that sits on your kitchen counter and makes that fresh mountain stream available to you anytime and you don’t have to hike to get it.

This water is called alkaline, ionized water. If you want to improve your health you need to try this amazing water. You’ll get your life back.