Should You Drink Milk? 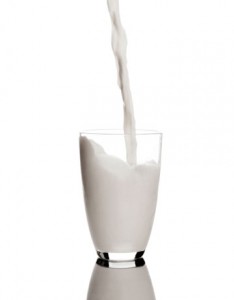 Drink your milk, it’s good for you. At least that is what the dairy industry would have you believe. Milk contains casein which is a glue-like substance that is actually used by some glue industry manufacturers to make powerful adhesives. Guess what it does to your body? And, in the presence of chlorine, the effect on your arteries, veins and digestive system is a clogging, gummy mess.

Federal government regulations require treatment of water that is piped to homes from lakes, rivers and reservoirs. Chlorine is the treatment of choice. It is an industrial waste product that they have to get rid of somehow. About three quarters of all homes have chlorinated water pouring out of their taps. Chlorine helps rid the water of infectious water-bourne disease but it does not rid the water of parasites like Cryptosporidium and it can cause serious harm to people who drink it and more serious harm to pregnant women.

If dairy processors, clean their hoses with chlorinated water, the interior of the hose gets coated with a thick gummy layer of yellow gunk. The similarity to arterial plaque is uncanny. If you look at the segments of the population that drink milk and are exposed to chlorinated water, the statistics are alarming. Children are encouraged to drink milk by their parents. Other demographics are also encouraged to drink milk – pregnant women, athletes, people at risk of bone loss and the list goes on.

Studies done with rats and young roosters, feeding them chlorinated water with or without milk, both produced arterial plaque. The higher concentrations of chlorine in the water, produced higher levels of blood vessel clogging plaque. Some studies added milk to the mix with even more dramatic and higher levels of plaque resulted.

This information is not new. On July 11, 1992, the CBS show “Sixty Minutes” showed the results of experiments with two laboratory rats fed standard rat chow and chlorinated water. One of the rat groups had also been fed pasteurized, homogenized milk. The “milk fed” rats had high levels of arterial clogging, the other ones did not.

Chlorine is highly acidic to the body, as is milk. But chlorine alone is responsible for long term risk of excessive free radical formation which makes the body turbo age in addition to causing cell damage and genetic mutation. Your genes are essential to a healthy life. Chlorine, through its genetic mutation promotes cancer development, cholesterol metabolism difficulties, including destroying essential fatty acids in the body. It also promotes atherosclerosis and hardening of the arteries. Combine chlorine with milk and you have a time bomb ticking away.

In one alarming study, autopsies performed on babies who died in their first month out of the womb, who lived in a city of highly chlorinated water, showed that in nearly 200 consecutive deaths, 96 per cent of them showed advanced arterial damage. Two of those babies’ coronary arteries were blocked, causing infantile heart attacks. Could it have been the chlorine, like in the young roosters? And, we feed our babies milk and sometimes it is a powder, mixed with chlorinated water out of our tap.

Since both chlorinated water and milk are acidic to the body, they create all kinds of free radical damage. But as sure as the sun rises in the east, there is a solution. Since we cannot get local governments to take the chlorine out of your water, you can do it yourself. One of those filtering jugs that you can buy, is effective in removing the chlorine but it takes everything else with it including dissolved minerals. This results in a more acidic water which is equally as unhealthy.

Reverse osmosis water is banned for drinking in Europe. It has a skull and crossbones on the label, which also says, don’t feed to pets. It is very hungry water and will pull minerals from your organs, bones and teeth to balance it in your body. No wonder osteoporosis, diabetes and teeth problems are endemic in North America.

So, what is the solution? Cerra Alkaline, ionized water. The filter  not only removes  the  the large particulate matter along with the chlorine and chlorine by-products but also adds anti-oxidants in the form of negative hydroxly ions. The OH- is full of negative ions that the body loves. These negative ions zap some of the free radicals, donating electrons to them, rendering them harmless. Drinking this water acts like an antioxidant in the body. Chlorine destroys the antioxidant qualities of Vitamin E, rendering it ineffective in the body so drink alkaline, ionized water with your Vitamin E, accelerating its effects in the body, making the vitamin more efficient.

Cerra alkaline, ionized water adds vital minerals, alkalizing the water to counteract the acidity in what you eat and drink, like your milk. The machine reduces the cluster size so that it is 6 times more readily absorbed and hydrating that other water, or other beverages for that matter. Make your tea and coffee with this water, to counteract more acidity.

So drink your alkaline, ionized water and your milk. If  you are a milk drinker and the Cerra alkaline, ionized water will start to reverse the damage caused by combining chlorine with milk. It will bring the body into an efficient repair mode that will take years off your life and make you feel fabulous. It will even begin to restore the mineral loss that your body has experienced from being too acidic.