Why the “Quack Watchers” Need to be Watched 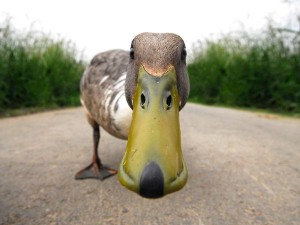 We’ve all seen the websites of the self-proclaimed debunkers of faux science and other myths. They explain to us that, except for the things we personally known to be true, everything we believe to be true is completely false. Almost every rumor we have heard turns out to be an urban myth when it comes to the Quack Watchers and other debunkers. And if something that they denounced turns out to be true, not another word is ever said about it and the debunking web page is quietly removed.

What quack watchers do best is plant doubt in our minds when we are trying to search out the truth about something such as a health issue. It’s easy to be a skeptic. It’s hard to be a believer and even harder to believe in things that others regularly ridicule. Quack Watchers often have a chilling effect on an open debate because of the way they often scoff at the issues they are challenging.
As a whole, we tend to believe the Quack Watchers because we want to believe that we can’t be so easily fooled. And it’s reassuring for us to believe that we are not so easily fooled. We enjoy hearing that the things that may sound a little weird or too good to be true of course could not be true. The most dangerous debunkers are the ones who have a background in science, but little or no experience at all with the subject that they are debunking. Many of the de-bunkers tend to be heavy on their opinion and light on the facts. In fact, they quite often present their opinion as gospel.
I don’t expect the de-bunkers to go away. But we need to understand that many of the claims some have made are no more than one more opinion, not the Last Word. What bothers me is that so many of the debunkers serve nothing more than to confuse us. However, it becomes unsettling when we’re trying to determine the truth about crucial issues such as our health.

Quack Watchers denounce Lorraine Day, M.D. , for example, because she dares challenge the medical establishment and tell people that we can heal ourselves if we live on the right diet and have faith in God. They denounce Dr. Robert Young because he dares state that you can most probably live a long and healthy life if you change your diet and lifestyle. They conclude from their Debunkdoms that someone is a crank when in fact they are someone they simply have profound differences with.

When a radical scientific concept is first introduced, there is commonly resistance to it by the prevailing scientific community of the time. New ideas are commonly ridiculed and derided because people become comfortable with ideas and they don’t want to change. Often, the members of the established community must die off so a new generation can be raised with the new concept and accept it from the beginning without any unnecessarily hand-wringing about what they once embraced as the truth that has now been shown to be superceded by the next wave of discovery. The new concept will no longer be described as radical.
My problem with one Quack Watcher is his ridiculous denunciation of Ionized Water as snake oil when, in fact, a staggering amount of research has been done on the effects of Ionized Water.

All of the research done has arrived at the same conclusion: Ionized Water benefits everything it comes in contact with as long as it is used correctly. The Quack Watchers who denounce Ionized Water could not be more wrong about it since Ionized Water is one of the most phenomenal inventions of the 20th century for a number of reasons.

Their first mistake is to suggest that only purified water be consumed. Purified water is water without minerals produced by reverse osmosis (RO) or distillation. We have written extensively myself against the practice consuming purified water.

Water Ionizers are designed to be used with your tap water or bottled water. If you attempt to ionize purified, de-mineralized water, you will not get a change in pH nor will the ORP (oxidation reduction potential) change. Minerals must be present in the water for ionization to take place. With water that contains minerals, ionization changes both of these properties, pH and ORP.

Alkaline Ionized Water is a very strong non-reactive, safe alkaline that helps balance the body’s pH. It is crucial to point out this characteristic when it comes to those who would denounce Ionized Water because we must consume substances that are alkaline to maintain a balanced body pH. Few substances are more alkaline than Ionized Water. When we acidify ourselves with processed food diet and a stressful lifestyle, we open ourselves up to every disease imaginable. At a pH 10, Ionized Water is 100 more alkaline than the body should be at pH 7. To conclude that consuming a substance which is 100 times more alkaline than the body ought to be is not beneficial to our health is to demonstrate you know nothing about Ionized Water and body pH. The average person is much more acidic than she/he ought to be. Bodily acidity is the door to disease, the unraveling of our health. To ignore the incredible life-saving potential that high pH Ionized Water has to raise our overall body pH is to ignore the facts. Therefore, we need to put extremely alkaline substances into our body in order to offset this incredible acidity we create through poor diet, pollution and stress. Ionized Water has been demonstrated over and over again to raise body pH. How could it not? When we constantly consume soft drinks, which are extremely acid (pH 2.5 ~ approximately 50,000 times more acid than ideal body pH 7.0), we are dropping our body pH. When we consume Ionized Water we slowly raise our body pH until we are in homeostasis or balance.

The Quack Watcher states that the term Ionized Water is meaningless to him. Is he suggestion that ionization, a scientific principle, doesn’t exist? Or is he admitting that he doesn’t know what ionization is? Whether we believe in Ionized Water or not is irrelevant because it is a physical fact that cannot be denied. We can argue philosophy, but not physics and Ionized Water is chemistry and physics and what it does for the body and for our health is undeniable.
He suggests that Ionized Water is simply a placebo , something that we believe is going to change our health when in fact our mind is doing all the work. In other words, Ionized Water has no physiological affect on the body, only a psychological one, which certainly is not the case. Ionized Water balances the body pH and is a powerful antioxidant, hydrator and detoxifier.

This is our first clue that the debunker understands little if anything about Ionized Water. To ionize means to gain or lose an electron and water that has been ionized is water that has these characteristics, that of either having an extra or missing electron. We know this is true by the physical scientific measurements we can make regarding Ionized Water. We can measure changes that ionization causes with both a pH meter and ORP meter. On the alkaline side, the pH is elevated and the ORP is driven into the negative range, which counteracts the oxidation of the body when we consume it.

The detoxification affects alone are enough to make you realize that Ionized Water is not like any other water you will ever consume. Ionizing water changes the water molecule grouping structure so it much smaller, hexagonal in shape, and therefore far more penetrating and hydrating. And as it hydrates your body tissue, it pushes out all the things that do not belong in the body, which are commonly known as toxins . How water molecules group together is another thing that debunkers like to state does not happen and is so much more quackery, when in fact a huge amount of scientific  research has been done on water-molecule clusters .

The debunker of Ionized Water who found on the Internet could not have gotten it more wrong in every regard. Those that would attack Ionized Water as being a hoax of some sort do not understand how important it is that we consume substances that are negatively charged and possess negative ions. Those who debunk Ionized Water have never consumed it. In my eight years of studying and consuming Ionized Water (1.5 – 2.0 gallons per day), I have never found anything that Ionized Water doesn’t enhance and benefit as long as it’s used properly.

Many articles have been written about Ionized Water. Dr. Hidemitsu Hayashi, a Heart Surgeon and Director of the Water Institute, Tokyo , Japan , wrote a 30 article explaining Ionized Water in great detail . Dr. Hayashi describes Ionized Water in excruciating detail, including its precise chemistry during and after ionization. All this is completely ignored by the Quack Watcher who claims to be a chemist. When we don’t understand the rudimentary principles of how something functions, some of us tend to simply dismiss it out of ignorance. This is certainly the case with the debunker of Ionized Water because anyone with even the rudimentary knowledge of its chemistry will see that Ionized Water is exactly what the body requires: higher pH, strong antioxidant, negative charge, abundance of electrons, incredible hydration and detoxification properties.

If the debunker truly wanted to know if Ionized Water actually did anything to the human body one way or another, he would need to consume some for a few days or a week, but I can assure he has not. Debunkers are notorious for never trying what they denounce. They are part of a faux-intelligentsia that believes that all science can be explained on paper and therefore there is never a reason to actually test anything in the field. This is the biggest mistake that any scientist can ever make and, by his own admission, the debunker of Ionized Water has never touched a drop of it nor used a water ionizer to draw the scientific conclusions he has made. As with many of the debunkers, closer examination of them and their methods reveals who are and that they themselves should be debunked.

pH (potential for Hydrogen): ( chemistry ) p(otential of) H(ydrogen); the logarithm of the reciprocal of hydrogen-ion concentration in gram atoms per liter; provides a measure on a scale from 0 to 14 of the acidity or alkalinity of a solution (where 7 is neutral and greater than 7 is acidic and less than 7 is basic)

ORP (oxidation reduction potential): The potential for one liquid substance to reduce the oxidation of another substance as measured in millivolts (mV).