Your Diet and Multiple Sclerosis 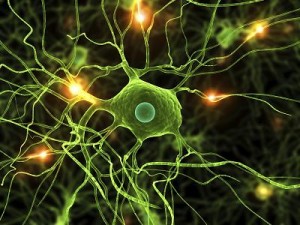 Multiple Sclerosis or MS is a progressive disease that seems to have no real medical cause, at least from what the medical community is prepared to accept. They do agree, however that it appears to be an auto-immune disease. In other words the body’s immune system starts attacking itself. In the case of MS, the immune system attacks the brain and spinal cord where the myelin sheath on the nerves of the body is damaged or destroyed. The myelin sheath is the insulating skin covering the nerve core that facilitates the movement and transmission of nerve impulse signaling along the nerve. MS is the progressive deterioration of the myelin sheath throughout the body and its subsequent signaling failure.

Nerves in the body give us signals as to conditions in our environment, in addition to helping to create movement so we can move about and get from here to there. We also interpret our world through our nervous system. MS affects the ability of nerves and nerve cells in the brain, spinal cord and body to effectively communicate with each other. Nerve cells communicate by sending electrical signals from one axon, or nerve cell, to the next. Axons are long nerve fibres which are covered by an insulating skin called a myelin sheath.

When myelin is lost or damaged, there is signal disruption as the axons can no longer efficiently or effectively conduct signals. As the integrity of the myelin is compromised, scars form and create what is referred to as white matter where the damage occurs.

Now that the progression of MS has been explained, I will take you on the path of how auto-immune disease is created. Although the medical community deems MS, idiopathic – of unknown origin, scientific studies show that auto-immune disease starts in the gut, mainly the small and large intestine.

We all have some idea that the gut processes food that eventually becomes fuel to give us energy and nutrients. Despite the activities that go on inside the digestive tract, the tissues can be fairly delicate. The intestinal tract, for example has a single layer of epithelial cells that provide a lining, which provides a barrier of sorts between the external environment – the contents of the gut, and the host – the body. These epithelial cells stand tightly shoulder to shoulder and end to end. When fuel, in the form of processed foods is ready to be absorbed, a series of protein signaling takes place. These tight-junction proteins, such as occludin, claudin 1, and zonula occludens 1, signal the intercellular spaces to open creating gaps between the cells which allows intestinal contents to pass through. Unfortunately, sometimes abnormal stimuli occur, increasing the amount and duration of these openings. This is called leaky gut syndrome. When this occurs, partially digested food, microbes and toxins can pass through these epithelial gateways. The body then amasses its immune response believing it is being invaded by an unrecognized force.

In 2006, Dr. J.B. Medding and his research team in Edmonton, Alberta in Canada, developed a series of experiments which show how leaky gut syndrome causes auto-immune disease, MS being among them. Depending on where the gut is leaking, will depend on what kind of auto-immune response develops.

Other researchers, working parallel to the protein signaling group, have discovered that body acidity may play a role in the abnormal signaling function of these proteins such as occludin. Drinking Cerra  alkaline, ionized water and/or reducing metabolic acids through a moderated alkaline diet seems to reduce the leaky gut and return the immune response to normal. The scarring of the myelin is significantly reduced by reducing metabolic acids in the body. Dr. Robert O. Young, a world authority on the acid/alkaline balance, believes that metabolic acids and acidic dietary habits are at the root of MS and all other diseases. Unfortunately, symptoms of leaky gut can be very subtle until the point where significant damage has occurred. Once partially digested foods and microbes are in your blood stream they can trigger abnormal reactions that cause irritation and inflammation to your brain and nerves, in addition to other parts of your body. Left unchecked, MS is the result.

Of great concern to those of us with experience or expertise in the area of auto-immune disease, is the fact that the Western Diet is creating more and more symptomatic disease, particularly auto-immune disease and yet most doctors and even the public are missing the acid/alkaline connection. Exacerbating the acidic problem is dehydration. Over 70 percent of the North American population is dehydrated enough to affect their health is some fashion.
In the early stages of MS, if the body terrain is brought back into a slightly alkaline position and the water balance is corrected, the MS sufferer may find that their symptoms go entirely into remission. As long as the proper conditions remain, and free radicals are continued to be neutralized, MS can be a former condition, becoming a distant memory.