The Role Of Inflammation and Cancer 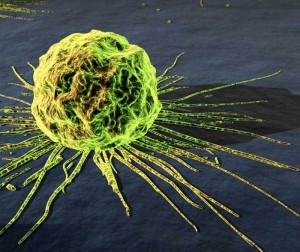 It has been postulated for more than a century that inflammation contributes to cancer. The scientists Julius Vogel (1814-1880) and Rudolph Virchow (1821-1902) put forth the theory that cancer was caused by irritation that eventually caused inflammation and thus excessive cellular growth. More recently, British Researchers have concluded that the long term over-activation of the immune system (such as through infection and inflammation) may be an important cause of cancer. Their research shows an elevation of C-Reactive Protein in most cancers, namely breast, lung, colorectal, prostate and pancreatic cancer. 1
Other researchers have also identified inflammation as a significant factor in the development of what they call “solid tumor” malignancies. There are chronic inflammatory conditions like “silent inflammation” ,that medicine cannot establish a significant cause, that provide a supporting environment for the growth of malignancies.… Read the rest