Risks of Chlorinated Water In Pregnancy 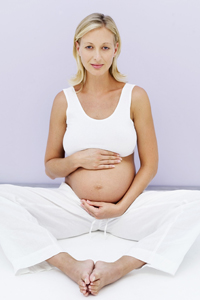 Scientists at the University of Birmingham, examined the birth records of 400,000 babies. They found an alarming increase in birth defects in areas where the water is highly chlorinated to disinfect it. The problem with the water is worse in the winter time when higher turbidity rates are present. The chlorine combines with the organic matter in the water and forms carcinogens called trihalomethanes which are particularly dangerous to pregnant women.

Trihalomethanes or THM’s can be absorbed through the skin when showering, ingested while drinking or breathed in just by standing beside boiling water. They are readily absorbed by the body and pass through the placenta to the unborn baby. At critical states in fetal development they can disrupt normal development and create a defect.… Read the rest

In results published in the Jan 2007 issue of the American Journal of Epidemiology, Spanish researchers found that chlorinated water poses health risks by drinking it, swimming in or showering in it, or breathing in the fumes from hot showers, swimming pools, hot tubs and baths.

Researchers studied a total of 1219 men and women with bladder cancer and had them fill out questionnaires about their exposure to chlorinated water from various sources. The results were compared to 1271 men and women as controls who did not have the disease. They also compared the average levels of chlorine and chlorine by-products in the water in the 123 areas where the studied individuals lived. Their findings were quite alarming:

Drinking chlorinated water increased the risk of bladder cancer by 35%.… Read the rest