Are You Overweight? Lose That Feeling With Alkaline Water 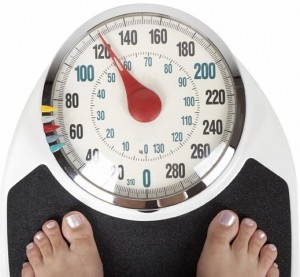 Surprises aren’t always nice. A recent survey showed that a little more than half of all the adults in the US are overweight. Statistics show a surprising 64.2 percent of the population is overweight or obese. Determination of whether someone is overweight id determined by finding a person’s Body Mass Index or BMI.

BMI is a formula that takes a person’s body weight and height and calculates whether they are underweight, a healthy weight or overweight.

A lot of people have no “education” in regards to diet and what is healthy to eat. I know the egg and milk lobbies bombard us with why these products are good for us. But that is just conditioning to sell you products. Is this stuff really good for you? Do they make you fat? What is fat and how does it work in the body? What happens inside us that makes us fat?

Fat is found in several places in the body. It is found in tissue under the skin and on top of each of your kidney. Fat is also stored in the liver and even small amounts are found in muscle. Depending on whether you are a man or a woman will determine where they will store their fat. Adult men tend to carry extra body fat in their chest, abdomen and buttocks, giving them an apple shape. Women tend to carry extra fat in their breasts, hips, waist and buttocks, giving them more of a pear shape.

In the human body there is white fat and brown fat. Babies have a predominance of brown fat that they burn as fuel to keep warm. Adults have mostly white fat so that is the type of fat I’ll be addressing in this article.

When you eat food that contains fat, consisting mostly of triglycerides, it goes through the stomach processing and enters the small intestine. In the small intestine, large droplets of fat get mixed with bile salts from the gall bladder which processes and emulsifies the fat. This emulsification process breaks down the droplets of fat into very small droplets called micelles. This increases the surface area of the fat for the next part of the process.

The pancreas secretes enzymes called lipases that coat the surface of each micelle and break the fats down into glycerol and fatty acids. The fatty components then get absorbed into the cells lining the small intestine. In these specific intestinal cells, the fatty parts are reassembled into new packages of fat molecules. This time a protein coating called chylomicrons is added that makes the fat dissolve more easily in water. The chylomicrons are released into the lymphatic system because they cannot go directly into the blood stream. They are too big to pass through the walls of the capillaries. The lymphatic system eventually merges with the veins where these fat packages pass into the blood stream.

These fat packages get broken down and rebuilt because they are too big to pass through cell membranes. But when these water soluable fat packages are being transported in the lymph or blood the larger fat molecules do not attract as many water molecules as smaller ones would.

Chylomicrons are short lived in the bloodstream. They only last about 8 minutes because enzymes break down the fats into fatty acids.

When the pancreas is secreting lipase it is also getting ready to secrete insulin. The body uses insulin to push fuel and water into the cells. The cells have gateways with osmotic pumps that allow insulin to push water and fuel into the cells. Insulin also tells the cells to begin certain metabolic functions.
The digestive tract is central to health, particularly the intestines. If they are not in top form, lots of things happen in the body that lead to illness and disease. Besides the blood and the lymph, the digestive tract uses a large amount of water. You need approximately two quarts of water just to digest a meal. Water is also lost from the body through urination, defecation, perspiration and respiration. The body will pull water from wherever it can, but if there is not enough, certain troubling symptoms start to appear.

When there is an inner drought, the body actives a neurotransmitter called histamine. Histamine has two functions, one is to manage the immune system and the other is to manage the available water supply. When there is a water shortage in the body and there is not enough to manage cell metabolism, histamine signals the pancreas to slow insulin production. Thus you have Syndrome X and an insulin resistant body.

The ability of lipoprotein lipases to do their job depends on the level of insulin in the body. If there is a water shortage and the insulin level is low the lipases become inactive. Conversely, if there is a daily intake of 3 or more quarts of water, lipase activity will be high.

With adequate water levels the fatty acids are then absorbed from the blood stream into the muscle cells and liver cells. Any excess is absorbed into the fat cells for “temporary” storage. With the proper portion control and balanced diet, the body burns as fuel all that it is fed, providing there is a purpose to do so…ie: exercise and activity.

Water intake keeps the histamine response low so that insulin has free rein to push the fuel into the cells. Insulin also converts and stores fatty acids as fat droplets in the fat cells. It is also possible during inner drought for the fat cells to take up glucose and amino acids from the bloodstream and convert these into fat molecules. To convert carbohydrates and proteins into fats is 10 times less efficient than simply storing fat in a fat cell. But if there is not enough water to work the osmotic pumps efficiently the body will store the fuel because it cannot get into the cells.

Let’s imagine a person that is a little rounder than they used to be. This person may be told that they just eat too much. But some people don’t. They probably don’t eat enough or they could modify what they eat. One thing is for certain, they are dehydrated. A dehydrated body is also acidic. If you spit into a spoon and test your saliva with pH test paper you would find you are well below 7.0 which is neutral pH. You should actually be around 7.4 pH for optimum health. If your saliva is 6.4 you are 10 times more acidic than neutral. If this person were to add much more water to their day, certain hormones such as glucagon from the pancreas, human growth hormone from the pituitary gland, ACTH from the pituitary gland, epinephrine from the adrenal gland and thyroid hormone from the thyroid gland, would have the opposite effect as insulin, acting on liver, muscle and fat tissue cells. But your body needs adequate water store to do this.

Your body needs energy 24/7. When you are not eating, digesting and absorbing food, your body still needs to maintain your energy levels. The first thing it does is to break down carbohydrates or glycogen, stored in the liver into simple glucose molecules. Then the body breaks down fats into glycerol and fatty acids. These fatty acids can be broken down directly to produce energy or they can be converted to glucose. Your brain runs entirely on glucose. When the body breaks down fat, the number of fat cells remain the same, they just get smaller.

If the energy you require to maintain your daily activity is greater than the fuel that you take in, the body will have to activate and use fat stores to give you more energy. When that happens you need to drink more water because the toxins that have been stored there will be released into your blood and lymph to be eliminated. You cannot release toxins effectively if you are dehydrated.

The dehydration response in the body can simply be relieved with clean, healthy water. The healthiest water for the body is alkaline, ionized water. It is split into two streams by an electrolysis unit – one alkaline and the other acidic. The alkaline water relieves the dehydration because it is broken up into little bunches of water molecules.

These smaller bunches can enter the cells more efficiently. It is like me saying to you, “Put this apple in your mouth.” You can’t do it, it doesn’t fit. If you cut the apple up into small pieces, they easily fit into your mouth. Your cells are no different.

The body becomes acidic from dehydration, so when you drink lots (at least half your body weigh in ounces) of Cerra  alkaline ionized water, the cells become hydrated, the cell function is restored and the histamine response diminishes because it is no longer needed, the body is able to release toxins and fat more easily and a new slimmer you emerges.