Effects Of Toxins Aging The Body

In the Globe and Mail newspaper on Wednesday November 9, 2005, Andre Picard reported on a study on human contaminants, using 11 volunteers, including well know wildlife artist, Robert Bateman. The resulting report entitled “Toxic Nation: A Report on Pollution in Canadians,” shows how despite clean living, we are all a repository for all kinds of toxins and pollutants, including, heavy metals; PCBs (polychlorinated biphenyls used in electrical transformers and now banned); PBDEs (polybrominated diphenyl ethers used as fire retardants); PFOs (perfluorinated chemicals used in stain repellants, non-stick cookware and food packaging), pesticides and insecticides. 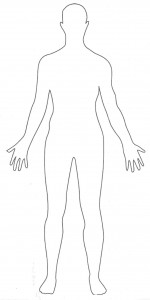 Robert Bateman is a very environmentally conscious individual who eats organic food and lives in a rural community. If he has 48 different toxic substances in his body, can you imagine what a city dweller could have in theirs. The most alarming thing about having these toxins inside us is, not only are we poisoned and our future health will reflect that, but those toxins turbo-age our bodies.

If you understand the dynamics of how the body stores toxins, you also understand that there are ways to detox and get rid of them. Some of the ways are very time consuming and expensive, like chelation. Far infrared saunas are good for certain types of contaminating toxins. Certain herbs like cilantro are great for removing heavy metals from the body, if you eat fairly large quantities of it.  Cerra alkaline, ionized water will aid in toxin release as well. It is one of the best reverse aging tools out there, so that is a double bonus.

Let’s look at how the body deals with toxins once they get in there. If you breathe in fumes, swallow something containing toxins, or touch something toxic and it is absorbed through your skin, there will be varying degrees of contamination. For argument sake, let us assume that minute amounts of something get into your body and are not excreted. Your body will probably wisk it into your fat cells, particularly belly fat and breast fat, where it will encapsulate the toxin away from your organs where it can do a great deal of damage. Traces of it can still be found in your hair, blood, urine or fingernails, but the majority of it is stored away. Depending on the toxin, traces could land in your brain, bones and nervous system. So, now, what’s a body to do? Toxins are acidic and form metabolic acids in the body. By using far infrared saunas, the infrared penetrates to the fat layer just under the skin, agitating the cellular and intracellular water. This loosens toxins but there must be enough water in the body to ferry them to the kidneys and bowels to be excreted. One of the strategies is to create an alkaline condition in the body to neutralize chronic acidosis, that most of us have, by drinking Cerra  alkaline, ionized water. It relieves some of the acids from the toxins, in addition to creating the venue to excretion. Clients in my clinic who have experienced environmental poisoning are seeing steadily decreasing amounts of toxin by drinking  Cerra alkaline, ionized water. Even after a few months, using the water, they look and feel younger. The fatigue and heaviness is leaving them and they are attacking life with renewed vigor.